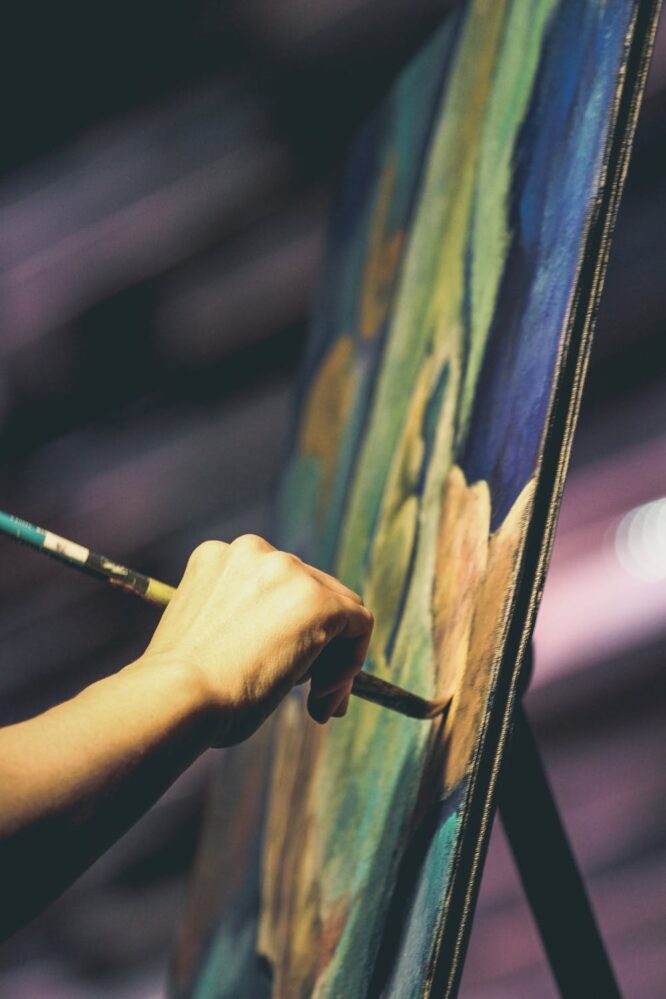 Defeat can be excruciating, especially for the person whose identity is adhered to the their activity.  When you believe your strength is the thing that is now gone, agonizing feelings of loss and grief come alongside the physical trauma of an accident.  This was my head-space when injury claimed my athleticism.  I felt as though I had been ripped apart both physically and emotionally, my value stolen.  Healing from this pain, or “defeating agony,” has proved to be one of the greatest and most challenging journeys of my life. 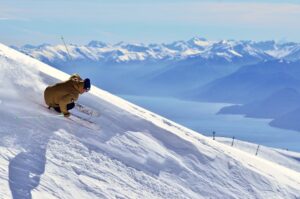 The term “agony of defeat” was made famous by a tragic ski accident during the 1970 World Ski Flying Championships.  Slovenian ski jumper, Vinko Bogataj, crashed in a horrific tumbling fall, on his attempt to ski fly farther than anyone else in the world.  Catching the mishap on film, the ABC tv network coined the phrase, “agony of defeat,” and played the clip as part of their Wide World of Sports advertising.  Repetition made those three words synonymous with end of sport, end of career tragedies, and the world had a visual to go with it.

Not all mishaps have such a ghastly visual.  In my situation, there was no flying, falling or flailing about.  There was no great snap.  No blood.  No bruise.  I just started to ache, and some of my muscles did not fire when called upon.  I wasn’t functioning quite right, and I hurt.

DENYING DEFEAT IS PART OF GRIEF

I dismissed it for quite a while, labeling it strain or stress.  I backed off on intensity and gave the painful muscle groupings some slack.  But the pressure of my second season bodybuilding show preparation was upon me, the one that was supposed to be bigger and better than the last, and I could not afford to relax too long.  Links to those previous posts here and here.

Turns out I couldn’t afford to continue.  But I believed my strength, my worth, even my sports nutrition career hung on my ability to be athletic.  So, I limped along. 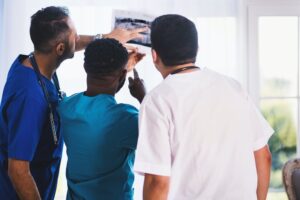 I sought medical attention and Doctors saw nothing wrong.  I was sent to Physical Therapy where weakness was discovered and exercises assigned, but despite my work and work and work, the pain persisted…growing even.  I tried to find answers to my body’s distress as strenuously as I had built my athletic persona, seeking all avenues of medical attention.

The goal of the practitioners I saw was to keep me doing the thing I wanted to do, but now months down this difficult road, it really was time to think outside of my “I want” box.  I was in an agonizing place called stop.  A word that carried all sorts of defeat with it.

The competitions came and went.  My trainer had healthy clients to attend.  My nutrition business wasn’t thriving.  And I was deep into sorrow.  There were days when I considered it a win to get the kids to school and pick them up again at the end of the day.  My daily life had flipped from running miles to lying in a puddle of my own tears.  Now the reasons behind why I had put so much energy into exercise began again to raise their nasty voices.

You’re worthless.  A failure.  You thought you were good at this, ha!  You’re nothing.

I put on a front for everyone, smiling and saying, “I’m okay,” but agony was defeating me physically, mentally and threatening me spiritually. 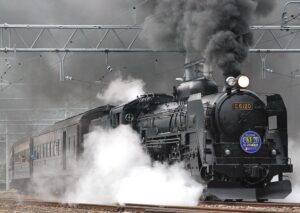 A year later, at age 42, I hit menopause.  Yes, forty-two.  And it hit like a freight train.  There was no rejoicing at the absence of the monthly curse because mood swings and anxiety took its place.  Hot flashes were not just temperature annoyances but arrived as panic attacks.  Night sweats brought insomnia as each surge came with adrenaline.  For the next year, trying to stay cool, I could not stand to have socks or shoes on my feet.  My feet purpled in the winter weather, but it kept anxiety reasonable.  On top of the other physical issues, it felt like too much to endure.

SURRENDER IS NOT DEFEAT

I tear up today remembering the heartache of those yesterdays.

In watching a YouTube video of a 1991 news update on Vinko Bogataj, (link to that video here) I was encouraged by learning that Mr. Agony of Defeat wasn’t still agonizing.  That infamous accident hadn’t debilitated the skier for life!  He was raising a family and his passion had changed from ski jumping to painting, the walls of his home decorated with portraits of the beautiful country in which he lives.  In this interview, over twenty years after his accident, he returned to the location of the great disaster still unable to answer the question why?  Maybe if he could move on without solid answers so could I. 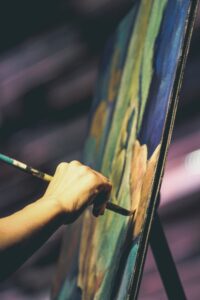 His story echoes that of Joni Eareckson Tada, an inspirational Christian speaker, writer, painter, and quadriplegic.  As a young woman, a diving accident claimed her mobility as she broke her neck on impact.  Her encouraging life testimony of pushing through difficulties has been one from which I have received inspiration since I was young.

If I am totally honest, sometimes I use the struggle stories for self-shame.

If she can praise God in her extreme circumstances, Sharon…why can’t you?

But harsh words don’t help.  They beat the dying spirit.  To be fair, Joni’s story is riddled with wrestling with God too.  So maybe war in the spirit is part of the road to reconciliation.  Rather than avoiding spiritual struggle, perhaps we need to stick with it long enough to settle the splits.

And here, a world class skiing athlete had the testimony of someone who was defeating agony by focusing on other passions…family and art.  Did his painting provide a spiritual place to reconstruct his broken heart?  Did he raise a fist of anger to heaven prior to lifting the brush?  The fact that Vinko felt passion for something other than skiing is hopeful.

It’s been over a decade since my body began to hurt, and my hormones plummeted.  Like Vinko, I don’t have answers to my questions about what went wrong within me, only suspicions.  But, like both he and Joni, it’s given me the opportunity to focus on and develop other passions while grappling with the unknown.  I love studying scripture and writing what I learn.  My family is a delight.  I enjoy being in nature, observing and subsisting within it.  I continue to be fascinated with nutrition and practice yoga often.  Recently I have even taken up painting by number.  In some ways, our lives are alike…me and Vinko and Joni.  Each of us has found new areas to spend our time and express our love.  How odd it feels to find connection with famous people!

But we are all connected.  Hurts are common ground.  We all face disappointment and unmet expectations and pain.  I suspect in reading bits of my life you can relate with your own feelings of grief or anger or shame.  You probably have agony of defeat moments where you felt all your best efforts went flying off a cliff.  Maybe you’re still lying in a broken pile.

Laying in a heap hasn’t been helpful to my recovery.  I know because I’ve tried that tactic.  Getting up and doing something interactive has proved very beneficial.  Years later, every day I continue to navigate pain in my body.  Yet I am okay in spirit.  It’s taken years of daily negotiating to understand that my spirit and my body don’t have to agree.  It would be nice if they would, but until they do, I am choosing to side with the Spirit of Life.  Like others, I do this by focusing on the things that create and promote love and life.  Thus far, this looks like rerouting and redirecting.  It is a constant mental (and physical) course correction.  Slowly, however, I am making progress.

By discovering new areas of joy and pouring out love, I am defeating agony.