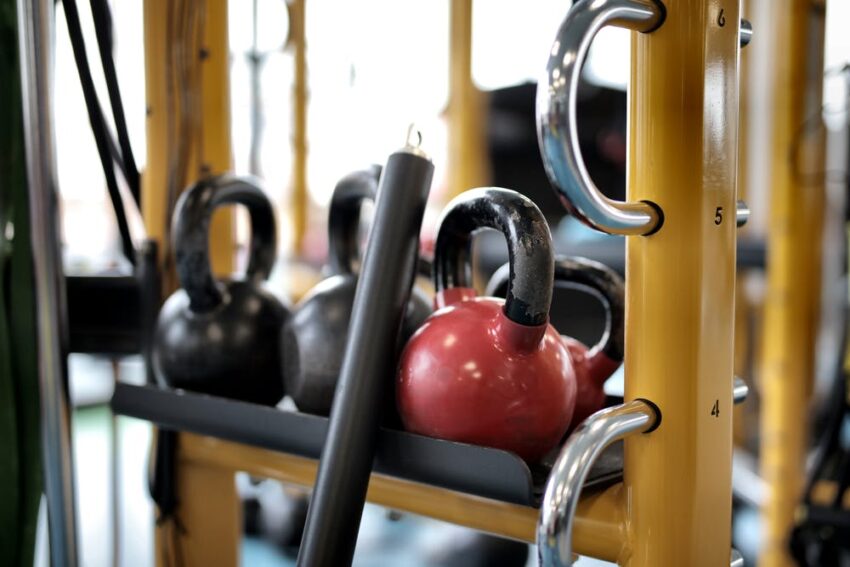 Running a half marathon was a serious accomplishment for me (especially running it undertrained!), but it was nothing compared to the mountain that was ahead of me.  Fitness began as a pain outlet for me (here’s the link to that “Marathon Mentality” post), but in a single conversation, I went from running to 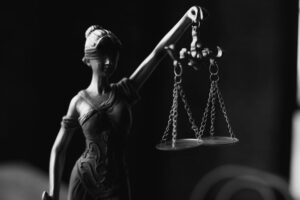 strengthening.  It was the next chapter in a storyline of self-discovery with a climax of putting my body under the scrutiny of judges.  If marathons are radical, body building is extreme!  However, the climax of a tale is not the conclusion.  It’s very possible that the end is still being written.

A week after the Marathon, my trainer asked what I wanted to work toward next.  Try again for a full marathon?  I didn’t know.  I think I was still tired from months on adrenaline.  Truthfully, I wasn’t yet thinking about the future, I was processing the pains of the present.  So, I asked for a suggestion.  Without a moment’s hesitation he gave me his answer.

I laughed out loud.  Surely that was a joke!  But the words he gave in defense of my disbelieving response hit me like a sucker punch.

I think you would be good at it.

I’d been cruising casually on an elliptical machine while having this conversation, but this comment brought me to a full stop.  I could not remember if I had ever heard these words spoken to me before.  That’s how broken I was!  I’d been desperate to hear some positivity!  Frankly, I needed to hear a voice different from my own negative self-talk.

I swiftly searched the folders in my memory file looking for the one labeled “good at it,” and finding no match I asked for more information.

“What makes you think I could body build?” 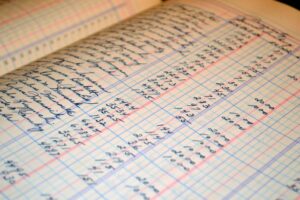 I lean left-brain dominant.  Meaning I tend to be analytical and methodical over creative or artistic.  Rare were praises for reconciling bank accounts to the penny or thankful words for the nutritionally balanced lunch boxes I packed.  I was, in fact, weary of the whinging, that had become the everyday normal of this bookkeeper and parent.  So, a compliment for being disciplined scratched an itch that had long been an irritation.

In the previous months of running, I had been using endorphins to feel good about myself, but now I found myself in a new place.  What if…what if… this fitness expert was speaking truth?  What if I was good at something hard?  How would I know unless I tried?  I wanted…I needed to know the answer about myself.

All of this time, I still attended church.  I was engaged in a weekly Bible study.  I read my Bible every morning and I prayed.  Actually, I pleaded God for blessing and success.

Pleading prayers are desperate prayers.  Despite the encouragement in scripture, and there is plenty of it printed, I wanted proof.  It wasn’t that I had turned my back on my faith, I just heard the volume of discontent louder than the sweet whispers of Love.

Love does not shout.  Have you ever noticed that?  Love is gentle and kind and has manners.  It sits and waits for a margin of silence before it softly says you’re amazing.

The suggestion of this new sport became the challenge against the “not-good-enoughs” that shouted in my head, cutting the flesh of my heart.  There was a war going on within me, and bodybuilding became my battleground.

The Ironman Body Building Competition was in early October, five months away.  The same amount of time I had set aside to train for that marathon.  A ridiculously short amount of time. 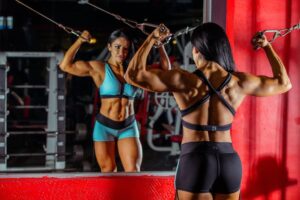 The Bodybuilding umbrella has several categories for women.  The “Bikini” division emphasizes a curvy, balanced physique with just enough muscle tone.  The “Figure” class focus is on a more developed physique and achieving muscular symmetry and proportion.  Both “Women’s Physique” and “Women’s Bodybuilding” categories take muscle development to high levels where one might think in terms of “bulk.”  Finally, “Fitness” judges the athletic abilities of a performance that includes elements of dance, gymnastics or cheerleading in addition to the competitor’s physical form.

All levels of this sport require dedication to specific exercise routines and even more specialized diet.  Here I was jumping in at age 40, having birthed two children with the stretch marks to prove it.  I had a history of battling the bulge that began at age ten and had never believed my body was beautiful.  I had NEVER worn a bikini, ALWAYS avoided the stage, and now I was accepting the “Figure” challenge that would have me do both those things while receiving judgement on my body!

Some people call it crazy.

Committing to a competition was, to me, taking on an oath to do my best in every area of training.  And to a person bent toward perfectionism, this meant no cheating and do what you’re told.  The line items I committed to were training, diet, and active rest.

The training flipped from strength training supporting cardio to the running supporting the muscle development.  Oddly, I did not spend any more time exercising as I had before.  It was not hours in the gym for me, but it was still strategic and daily.  My one hour per week of professional training remained, but I received weekly assignments on how to spend my energies the rest of the week.

The diet was not a complete overhaul.  I was wise to dieting by this point in life.  I had, in fact, lost over 50 pounds after the birth of my second baby.  But, like the weight training, strategically eating the right foods at the right time was crucial to developing muscle and changing my shape.

A new term was introduced to me at that time.  “Active rest” is a form of recovery where you engage in activities that are far less intense and preferably just for fun in lieu of a workout.  This concept was foreign to me.  I’d been a “no pain, no gain” mentality and had difficulty understanding the value of rest.  I’d even set a goal of having sore muscles somewhere in my body at all times because it was a way I could feel that I was making a difference when I could not otherwise measure it.

Exercise is the action of tearing muscle so that it can be rebuilt bigger and stronger.  Rest is where the muscle is developed.  So, in a state of constant tear down, the muscle cannot recover, the body compensates by using alternative strengths, and injury is imminent.  If the goal is to gain muscle, you have to plan recovery time.

Do you see some of the flaws in my thinking?  To be fair, I didn’t know better.  The journey was my education.

I was warned at one point, “At this level, it’s not if you get hurt, it’s when.”

Here is another tid-bit of information regarding this sport.  There is a season for building muscle, and there is the “cutting” season for competition.  During building, you work intensely in strength training, following by refueling with plenty of nutrition to support the repair work.  To show your work in competition, however, the body fat must come off.  The diet is a science in effort to minimize the amount of muscle loss, but losing muscle is likely and underfeeding an athlete affects performance.

On my 5 foot 3 inch frame, I went from 118 lbs. to 104 lbs. and, at competition, had a BMI under 10%.  It was projected that 104 lbs. should be my target, and as a numbers kind of gal, I did not allow anything to get in the way of reaching that goal.  Not vacation.  Not my birthday.  Success had a number attached to it…something measurable.

A healthy body mass index…meaning the ratio of fat measured…according to the CDC, is a range of 18.5% to 24.9%.  Within that healthy ratio, the body is supported to function well.  For women bodybuilders, it is common to run under that 18.5%, but not recommended that they go under 12%.

By shooting for a target of weight rather than BMI, I threw body into distress.  My head overruled my body with its need to succeed.  My hormones (which are made up primarily of fats) cried, I am starving! in a multitude of ways.

Hormones regulate more than we normally understand.  They direct body development, bone density, metabolism, blood sugar balance, and a whole lot more.  Each of these areas directly affects the sport of bodybuilding, but even more importantly being alive!

But hey…lest you worry, I survived all this!

The target was hit.  I donned a custom made two-piece uniform in a beautiful blue to match my eyes.  I learned to contract the majority of my muscle groups, holding it as a pose, and smile as if it was natural and took no effort.  Swallowing my pride, I was spray tanned from tip to tail and wore Preparation H on my stretch marks to shrink them.  And then I put it all on stage for judgement.

Actually, I did it twice.  Competing once in Washington and again two weeks later for the “real show” in Canyonville, Oregon.  Friends and family attended that second show while the first one was just for practice.  In Washington, without the audience, I did better, placing 7th out of 15.  Honestly, I don’t recall the rating of the second, but I know it was near the bottom.  The feedback: “Her lines were too strong”…I was too lean.

I was not devastated.  In fact, I was proud that I had achieved such a difficult task.  This work of body building had become an internal strengthening…an encouragement.  I had not expected to receive a trophy, I just needed to know my efforts could lead somewhere significant.  Participation was all I needed.

I’d like to say that I was as easily appeased as I had been with the half marathon, learning invaluable insight in my worth and capabilities and continuing with it for fun.  Alas, I cannot use those words.  I was unaware that another battle had begun, distracted by the spotlight “wows” I’d received from the experience.

What became permanently ingrained in me in that first year of bodybuilding was the power of perseverance.  For all of us there are endless areas of life that are challenging…school, marriage, work, child rearing, health issues, depression, and so many others…that become wearying over time.  Perseverance is a push up.  It takes effort.  Daily.  But at some point, the muscle developed by the repetition reveals itself by showing up for a crisis, requiring heavy lifting, and you are surprised by your capabilities!

The part of my story that reads more like “the agony of defeat” will come in the next Fitness Journey post, but what I wish to point out at this juncture is God was answering my questions and doubt through this experience.  I was crying to Him for success while feeling like nothing…and His Word has consistently been encouraging, loving and strengthening.  He was answering my prayers over time and with my involvement.

The Word of God is much like a trainer saying, “Yes you can!  I am here!  Let’s do the heavy lifting together!”  The Bible is an amazing set of dumbbells that has grown my confidence by the daily push up of reading and believing it.  What I learned in the gym applies to my spiritual strength.

I’m ending this post short of the whole story, but on the point of encouragement.  Invite God into your daily life.  Allow Him to walk with you.  Hear the word written for your ears.  His answers for your doubts will show up as you go.

5 thoughts on “From Running to Strengthening (Fitness Journey Part 2)”