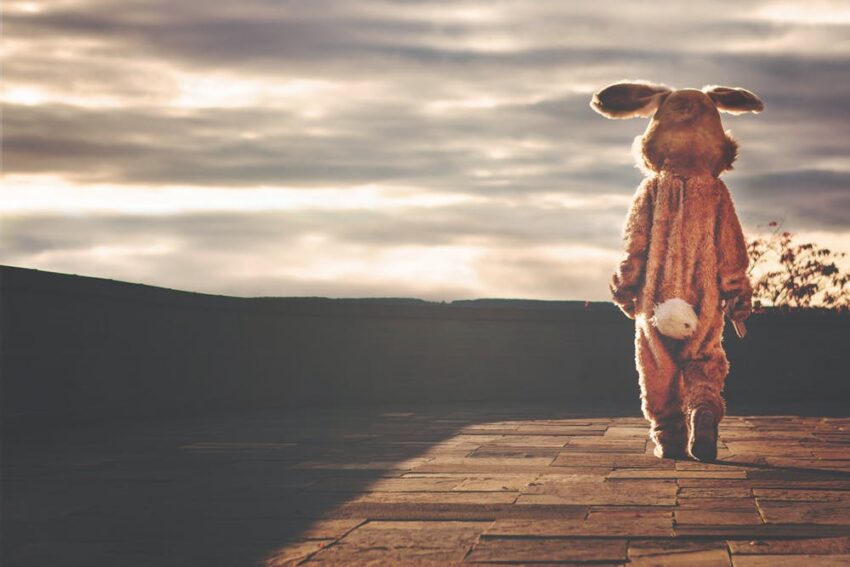 As we approach Easter, I propose meditation on a popular scripture found in Isaiah 53.  This passage, found in the Old Testament of the Bible, describes Jesus, but predates his birth by 700 years!  Isaiah was a prophet which means he was in the business of telling future works of God.  What I’d like to highlight, is how this scripture continues to talk about our current attitude toward Jesus Christ today…even as believers.

53 Who has believed our message
and to whom has the arm of the Lord been revealed?
2 He grew up before him like a tender shoot,
and like a root out of dry ground.
He had no beauty or majesty to attract us to him,
nothing in his appearance that we should desire him.
3 He was despised and rejected by mankind,
a man of suffering, and familiar with pain.
Like one from whom people hide their faces
he was despised, and we held him in low esteem. 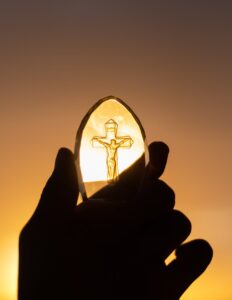 4 Surely he took up our pain
and bore our suffering,
yet we considered him punished by God,
stricken by him, and afflicted.
5 But he was pierced for our transgressions,
he was crushed for our iniquities;
the punishment that brought us peace was on him,
and by his wounds we are healed.
6 We all, like sheep, have gone astray,
each of us has turned to our own way;
and the Lord has laid on him
the iniquity of us all.

7 He was oppressed and afflicted,
yet he did not open his mouth;
he was led like a lamb to the slaughter,
and as a sheep before its shearers is silent,
so he did not open his mouth.
8 By oppression and judgment he was taken away.
Yet who of his generation protested?
For he was cut off from the land of the living;
for the transgression of my people he was punished.
9 He was assigned a grave with the wicked,
and with the rich in his death,
though he had done no violence,
nor was any deceit in his mouth.

10 Yet it was the Lord’s will to crush him and cause him to suffer,
and though the Lord makes his life an offering for sin,
he will see his offspring and prolong his days,
and the will of the Lord will prosper in his hand. 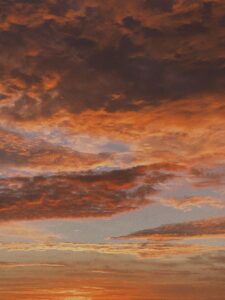 11 After he has suffered,
he will see the light of life and be satisfied;
by his knowledge my righteous servant will justify many,
and he will bear their iniquities.
12 Therefore I will give him a portion among the great,
and he will divide the spoils with the strong,
because he poured out his life unto death,
and was numbered with the transgressors.
For he bore the sin of many,
and made intercession for the transgressors.

What a powerful message of the purpose of Jesus and God’s love for people!  People like you and people like me.

While researching the text in Hebrew, I learned that the verb tense in verse 3 is actually present tense.  It could just as easily read “He is despised and rejected by mankind.”

That resonates with me, striking a chord I know to be true of people…including me…in this day.  Don’t each of us resent Jesus, on occasion, for allowing certain uglies to continue?  Sometimes, when I am feeling sorry for myself, I wonder if God really loves me.  In my mind, I create a story in which this “if” is true.  And then I walk out life believing my version of God…rather than His.

An invisible wall is built between me and Him.  I’m living in a fantasyland where God’s love does not rule, but my resentment does.

Verse 3 goes on to call Christ a “man of suffering…familiar with pain.”

The Bible has a lot of positive names for Christ.  Savior.  Redeemer.  Friend.  Here in Isaiah, His nametag reads “Man of Pain.”

There were years in raising teenagers when my desires for them collided with their wants.  In that clash, my love for them was questioned, relabeled as “control” and rejected.  That hurt.  Here too the story had been rewritten to make me the evil-one.  I am well acquainted with this kind of grief. 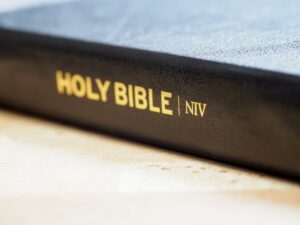 We have a book that tells the whole story of God’s deep, forgiving, restoring, redemptive love.  There is visible ink on tangible paper and testimony from generations of individuals within the timeline.  Why then, do we continue to change the motive, esteeming Him not?

Perhaps living in truth is our greatest weakness.

Even though we behave badly,  despite the bent towards judging incorrectly, in spite of and nevertheless…it was God’s will to make Jesus the offering.  The Hebrew word for will is “delight.”  Just because we are off-the-mark does not mean that God isn’t loving us.  It delights Him to be Love.  He loves to give.

Gifts are one of my love languages.  I love giving a gift too.  The size of the Easter baskets I have filled is a bit obnoxious!  But it’s so much fun!

Don’t misread me, I do not think anyone uses the term “fun” alongside the title “man of sorrows.”  Jesus went through hell for us.  Indeed, He was familiar with all the kinds of pain.  I wonder if, however, the resurrection was fun.  Was He grinning from ear to ear?  Did Christ and the angel have a little dance party while folding the burial shroud? 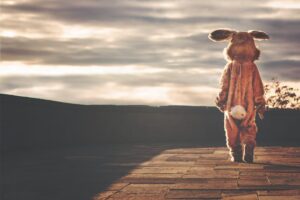 How can we today, celebrate the story of our victory…the victory…rather than commiserate in our sufferings?  We cannot frown and smile at the same time, my friends.  Each of us as an opportunity to choose between the Life story and Grimm’s fairy tales.  Which will it be?

The very first line of this passage asks the very same:

“Who has believed what he has heard from us?  And to whom has the arm of the LORD been revealed?”  -Isaiah 53:1

4 thoughts on “Choose the True Tale”