The legendary biography of Noah (yes, the ark builder) is one I find utterly suitable as an example and encouragement to Christians in our current age of corruption and violence.   We don’t hear much on 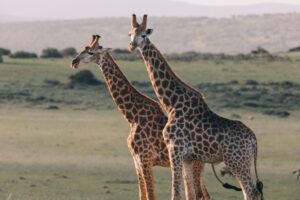 Noah as adults.  It’s as if we’ve relegated his unique story as a children’s tale, too much fantasy for our mature tastes.  But if we push past flannel graph figures of the big boat, the rainbow and marching pairs of animals, focusing rather on the details of humanity at the time, we find an individual who lived his life fully at the instruction of the Lord.  Noah’s memoir is exceptional because he acts as the exception to the culture in his day.

It doesn’t take much Genesis reading to feel discouraged in man’s inability to have integrity.  A short six chapters into the Bible, we move from creation and the fall of humanity, through the murder of brother by brother, landing (in Noah’s day) at the place of total corruption and violence.  I don’t know about you, but I am often disheartened in people today.  Frankly, watching current news stories about mass shootings, violent protests, and ongoing war sends me into despair. 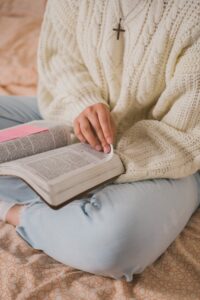 When I seek comfort in the Bible, looking for God’s goodness to prevail, I typically search the “but God” verses.  Last week’s post on God’s presence in dark times is prime example.  (Link to God Reveals Himself post here).  There is something different about Genesis chapter six, however.  Here we find our Creator deeply grieved at the state of the world as run by the wickedness of man and regretting His handiwork.  It was Noah who softened God’s heart by being different than all the rest.  Noah was the exception.

“The Lord saw that the wickedness of man was great in the earth, and that every intention of the thoughts of his heart was only evil continually.  And the Lord regretted that he had made man on the earth, and it grieved him to his heart.  So the Lord said, ‘I will blot out man whom I have created from the face of the land, man and animals and creeping things and birds of the heavens, for I am sorry that I have made them.’  But Noah found favor in the eyes of the Lord.” -Genesis 6:5-8 ESV

Now, much of the Old Testament is foreshadowing the life of Jesus.  Noah’s life, I believe, is meant to turn our attention, like a twist of the cheek, to Christ.  We are not meant to idolize man.  Noah wasn’t God.  But Noah was the next best thing…a man who walked with God.

“Noah was a righteous man, blameless in his generation.  Noah walked with God.” -Genesis 6:9 ESV 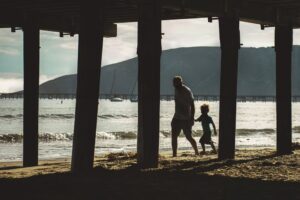 What does it mean to walk with God?

John 1:5-7 gives us help in answering this question by telling us that God is pure (without evil) and when we are in rapport with Him, we can have both good relationships with others and can be cleaned of our wrong-doing.

“This is the message we have heard from him and proclaim to you, that God is light, and in him is no darkness at all.  If we say we have fellowship with him while we walk in darkness, we lie and do not practice the truth.  But if we walk in the light, as he is in the light, we have fellowship with one another, and the blood of Jesus his Son cleanses us from all sin.” -John 1:5-7 ESV

Fellowship with God is about being together…talking (prayer), listening (for the Spirit), reading God’s word…hanging out!  The more time we spend with God, like any other person, the more we become like Him.  We take on His attributes.  Like Noah, we can become righteous and morally strong.

When we become people of high integrity, we also become safe people.  We have characteristics of being kind, patient, truthful and gain self-control.  It is the safe people that we go to in our times of distress because we know we can trust them.

Noah’s experience illustrates this safety point.  God instructed this good guy to build a boat for protection and preservation through the biggest storm in history.  What’s safer than a ship in a flood?  That’s a whole blog post in itself! 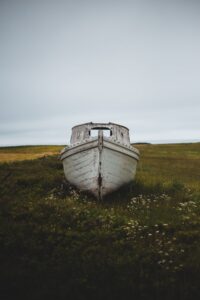 Noah was 500 years old before he had kids and before God let him in on the flood plan.  Old enough to have learned some life lessons and gain some wisdom.  As his ark-building-story plays out in Genesis, a repetitious phrase sounds like a hammer hitting nail:  Noah did all that God commanded him.  We see this stated in Genesis 6:22, 7:5, 7:9 and 8:18.

Going against culture is like swimming upstream.  Or like building an ark in the sunshine.  It takes a belief that when you do what God asks, it is going to pay off.  Isn’t that what faith is?  Acting in the now with confidence (trust) that God will bless you in it?  Peer pressure is a strong force that requires consistent paddling and anchorage.  It pushes against righteousness.  Yet the heroic strokes exemplified in Noah are simply that he did all that God commanded him and God did the rest.

It is our broken nature to down-play the difficulties of others while we uptalk our own struggles.  It’s easy, and it keeps us in our comfortable place of self-pity, to say well back then God actually talked to people or it’s different nowadays because of this, that or the other thing.  We tend to justify our position…a position of not walking with God and not doing His calling…because we’ve determined that our situation is somehow harder than that of other people.

Well, they have money.

They don’t have my issues.

Don’t misread me here.  Each of these challenges is hard.  Not a single line item on your list is not a struggle.  I am not down-playing your difficulties. 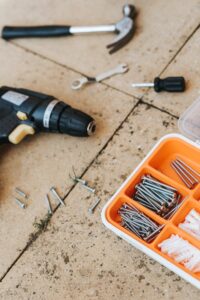 I am suggesting that what it takes to be a victor over your trials is your participation.  You may need to cut some timber and pound a few nails.  Building an ark was a monumental task.  Yet God gave specific instruction to the man who was already in the habit of listening.  There was a long to-do list for Noah and he tackled it like we are to tackle ours…one thing at a time.  Gopher wood – check.  Length – check.  Width – check.  It was years in the making.  And right on time.  Slow does not equal too slow.

“And rain fell upon the earth forty days and forty nights.  On the very same day Noah…entered the ark.” -Genesis 7:12&13

Noah found himself the one and only guy who did the right thing.  I’m certain Noah was lied to, taken advantage of, stolen from, and maybe even abused (given the record of violence in his day).  So, if everyone is without morals, how do we stand apart?

There is not a single part of Noah’s life that sounded easy to me.  His life was game of Would You Rather in reality form.

Would you rather be on the ark or off it, Noah? 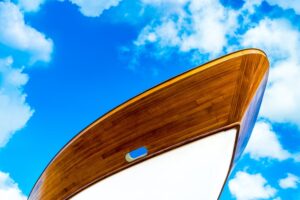 This is our question too.

By saving the human race, God made a decision to invite us to be the exception to the natural inclination of our kind.  He continues to seek relationship with us by holding out a hand, ready to help us journey against corruption.  If only we dare accept!

One person can make a huge impact on the world!  Each of us has a Noah potential inside of us.  We can access it if we walk with God.  If we exercise faith.  If we de-emphasize our barriers and move forward in moral excellence.  This is the pathway to being exceptional…by being the exception to the world.

2 thoughts on “Noah’s Example: Exceptional By Being The Exception”