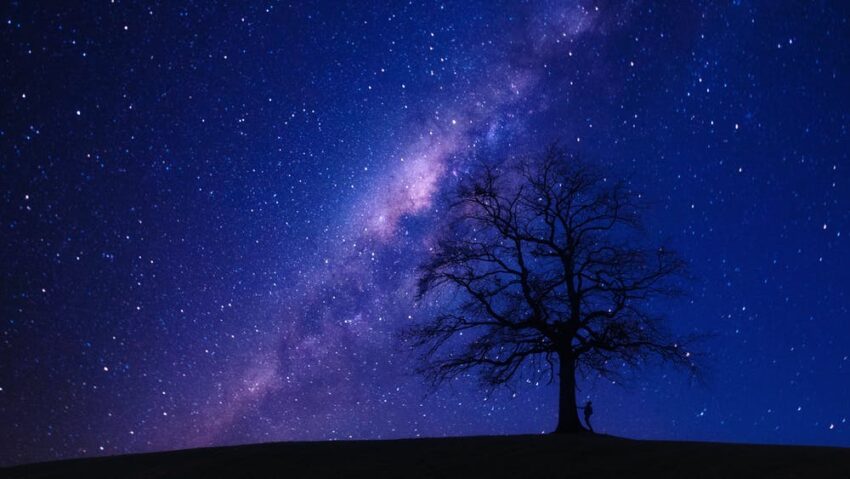 Our Heavenly Father wants us to know who He is.  He’s been highlighting Himself from the beginning.  In fact, a close examination of Genesis chapter one revealed to me this notion that God may want to be known by His conjunctions…words that join together other words or groups of words…His Ands. 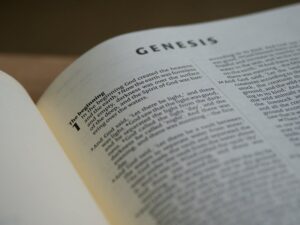 Genesis reveals a lot about both humanity and God.  However, slowing down and looking at the descriptors of our Creator in the beginning of time, shines light on Him alone.

This question seems to be my life’s quest…seeking…finding…the biggest treasure there is.  And on the first page, in the first chapter of this Bible map, there is a really big clue.  A hint written in black and white that suggests that God Himself is not black and white but bends like light refracting into rainbow color.

That simple word and is present because our Heavenly Father is too.  The universe was not void of God, but of structure.  Fear of painful things, of lack and of purposelessness whispers to us the doubt of His company, but since the beginning “the Spirit of God was hovering over the face of the waters.”  Dark and murky waters don’t reflect truth very well, do they?

“Even though I walk through the valley of the shadow of death, I will fear no evil, for you are with me….” -Psalm 23:4 ESV

Note the conjunction phrase even though?  God isn’t off put by our situations of valleys, shadows and death.  He is in them with us.  You bet there is Evil on this earth.  But it is Evil and God.

In the beginning, the Spirit of God did not just dangle over darkness, He spoke against it.

This ever-present Father of ours wants us to know what is real.  He says a word and it comes to life, flipping the switch, so to speak, so that we can see Him.  He is real and working.

We also have proof of His action in Jesus.  The New Testament book of John begins with poetic license in its revelation of the Light shed on the earth.

It’s the Genesis story and the Jesus story both.  One and the same.

And us…we are like kind.  As parents, what do we do when our children cry out with terrors in their sleep?  We hover over their sweet faces; we softly speak, and we turn on the light.

“And God saw that the light was good.” Genesis 1:4a ESV

We are not left alone in bleakness as we are inclined to think.  He knows we need the light.  Adam and Eve were not sent out of Eden and out of God’s realm.  God remained available to them, just a prayer…an ask…away.  It was as if God was saying to these kids, if you’re going to behave this way, you cannot do it in my room.

The trick about darkness is we are left to faith in it.  Ahhh, faith!  It’s the place of choice, to believe God is present, active and revealing truth (Light) or to let fear have the floor (with scary, worrisome thoughts).  In some way we could say that our Father is seeing to it we grow in faith.

So, what if…what if the purpose for day and night’s on and off is to strengthen our faith?  A little bit of light and a little bit darkness…just enough for us to get accustomed to the muscle in our own image-bearing-abilities.  Could God be building our character with increasingly bigger doses of challenging circumstance?

“And God separated the light from the darkness.” -Genesis 1:4

Darkness is the absence of light.  What fascinates me about this very first boundary at the onset of creation is that God spoke into existence “lights in the expanse of the heavens to separate the day from the night” on day four.  So, if the sun, moon and stars were made later, what was happening here on day one?

There are many mysteries about God that are unknown.  This is one for me.  I will suggest here that the book of Revelation might relate with its description of the New Jerusalem:

“And the city has no need of sun or moon to shine on it, for the glory of God gives it light, and its lamp is the Lamb.” -Revelation 21:23 ESV

God’s presence is the only thing necessary to illuminate a dark space. 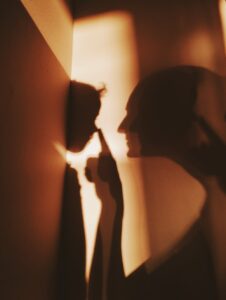 Think of a brilliant floodlight entering into a musty garage.  Every corner reveals its cobwebs and dust bunnies.  All rot and mold becomes obvious.  There is no hiding what is in there.  No secrets.

This is what I imagine judgement day to be like.  We step forward into the presence of the Father and His perfection shines right through us, as if our skin is transparent.  Everything that is in us becomes obvious.  From cancer cells to jealous thoughts, every speck is highlighted for public viewing.  The truth is made known.  We will see ourselves and others as God has seen us all along.

God’s act of separation was not pulling Himself away from us.  This delineation is for truth to be made known by shining light into dark places.  It’s about showing what is real and true and righteous.

This short five verse passage is power packed with identifiers for understanding who this Heavenly Father really is.  The last impression I hope to make is beating the drum of more, more, more as repetitiously as He does in His Word.  In doing so highlighting His love in action.

And God is speaking against the darkness.

And God is seeing to our good.

And God is separating the light from the dark.

Words have become sacred to me as a writer.  To communicate effectively, word choice is important.  They draw pictures and invoke emotions.  It’s all the more stunning to me that God would show me who He is via a single repetitive conjunction of relationship.

AND.  The word that signifies that one part is interdependent upon the other.

He is the One vying for me.

One thought on “God Reveals Himself In The Beginning”