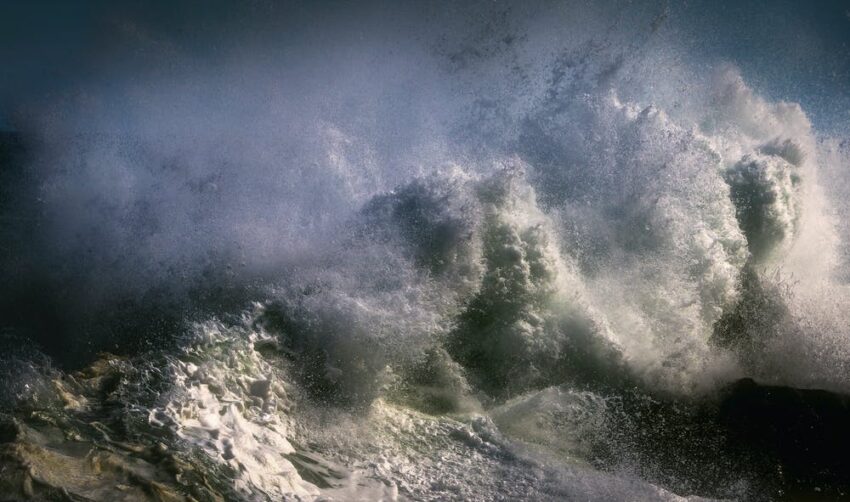 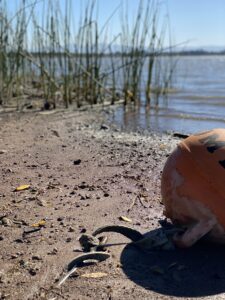 A few weeks ago, on a summer’s stroll along the shores of a nearby lake, I witness an interaction between a father and his child that stirred my thoughts on God and His children.  The engagement pointed to God’s invitation to trust Him in overcoming our fears.

What initially caught my attention was a young boy’s yelling and his rush to get out of the water.  Any commotion of this sort draws attention, and this one raised my parental antenna of safety.  Assessing the scene, it appeared as if the child was running from his father, who stood calf deep in the reservoir, holding a small inner tube.  Mother, silently observing, was sitting on a towel on the shore, and a younger sister floated, a few feet away, in a tube of her own.

Ears perked, I caught the words they exchanged.

As it often does, anger evokes anger.

“Come back here and get in this tube!”  Dad yelled in return.

“Why should I?”  Son retorted.

“Because I said so!”

Oh boy.  Because I said so.  How many times had I heard that one?  Despite vowing never to use those words on my own kids, I too had uttered them more times than I knew.  Because I said so is a phrase we use to assert authority, especially when we feel out of control and are weary of the conflict.  But when did it ever meet with success?

Never in my experience.

Fear, particularly fear of death, trumps parental command, and I could tell that this boy was afraid.  His strong reaction, aimed at the father, revealed a kid scared of death.  His father, wanting to help his son overcome fear and enjoy the water, was right there, hands-on and ready to assist.

This dad reacted to the attack by asserting dominance.  But with a sigh, he realized the mistake and tried again.

“Son, look at me.  Look at how deep the water is on me.”  The softer tone and invitation to observe truth turned the young boy’s head back toward his father.

Despite being several feet off shore, the father stood in less than twelve inches of water.

Yes!  My heart swelled with hope of triumph as the child assessed the depth of his fear.

Walking on, I felt confident of the situation’s eventual success.   Both the boy’s misguided anger, that had threatened the relationship between father and son, and a the fear of water would be conquered by love and trust.

My relationship with the Heavenly Father has often looked just like this lakeside scenario.  There are times when I get down-right scared.  Scared of death.  Or sometimes just scared to lose…lose finances, health, friends, family, home, dreams….  Do you know what I mean?  The year 2020 has brought on significant loss and increased fears.

And how do I react when I am afraid? 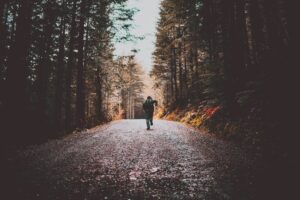 Ugly.  Angry.  And running hard, like a kid out of water.

The image of that dad, standing in the lake and holding the inner tube, stuck with me, morphing into the story of Jesus walking on water.  In my minds eye, I saw Christ in that water with His hand held out and beckoning, “Come.”

As the story is told in Matthew 14:22-33, Jesus sent out the disciples to cross the sea in a boat while he remained ashore in prayer.  Meanwhile, a nasty wind picked up, creating treacherous conditions on the water.  The disciples, battled for safety from threatening waters.  In response, God the Son made a beeline for His boys.

GOD COMES TO US

A Good Father is like that.  Even while doing His work, He watches us navigate the difficult things, and when He sees us struggle, He comes to us.

“And in the fourth watch of the night he came to them, walking on the sea.” -Matthew 14:25

It means a lot to me that God comes.  Wasn’t that, after all, the purpose of Jesus Christ?  We struggle with life and He rescues, time and time again.  He shows up, both with the big, eternal-life-salvation crisis and with smaller, every day hiccups of fear…like a boy’s fear of the water.  There is comfort in knowing He has His eye on me and that He’s ready to come when waves overwhelm.

Unlike our tendency to become weary and snap when our kids don’t listen, God shows us patience.  In addition, unlike human, familial relationships, we will always be God’s children and never His equal.  He knows this and is good with it.  We are the ones who struggle with feelings of shame for not “getting over it.”

The words of Jesus were gentle and kind while also being true.

There was a cartoon hero (back in the day) who stole this line from Christ.  Cue flying dog….

“There’s no need to fear, Underdog is here!”

All joking aside, our Heavenly Father wants us to be bolstered in faith by His strength.  He is our rescuer.  There are things in this world that are stronger than we are.  Water.  Fire.  Wind…. We need 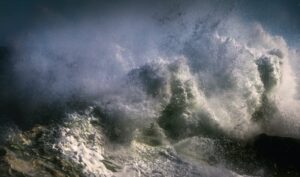 a God who is greater than all things and we have Him.

Jesus invites us to come to Him.  Just like the father to the son at the lake, we are invited to overcome our fears by being with Him while He holds our inner tube.  He is standing out there in the water…that unstable, unknown place.

It’s the soft voice of encouragement that turns our heads in His direction, inclining us to look twice at the challenge.  If Jesus had yelled at the disciples, “You get out here on this water right now!”  Twelve men would have crossed their arms and stuck out their tongues.

As it was, one man out of the dozen did take heart.  Peter saw that it was Jesus walking on the water and something courageous stirred within him.  This guy, representing a mere 8% of the chosen men, actually asked to walk on water with Christ! That’s a much bigger step than just doing as he was told.  Actually, what he was told to do was to have courage, and in following that instruction he was emboldened to go for more.

But then Peter looked at the wind, and losing heart he began to sink.  Poor Peter gets such a bad rap!  To call this man Mr. Little Faith seems unfair.  It’s easy to wag a finger if you’re not out there doing the work.

You know, thinking back to the shore of the lake, the mother was unusually quiet.  She did not pipe in with her two cents worth.  She allowed the issue to play out between her two males.  We Mom’s are all too often ready to add our commentary when it really isn’t helpful. 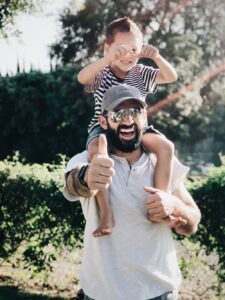 These words of God…our good Father…are not shaming words.  That is not consistent with who He is.  What if, while climbing into the boat, Jesus rubs the hair of this man He is so proud of and gives Peter a question for thought.

I need a good question to help me understand my fears.  It helps me learn from what I experience.  Rather than believing Jesus expected more out of Peter, why not assume the best motive out of His question?  As children, we will always be little…even little in faith, isn’t it okay to say so?

GOD STANDS ON TOP OF THE WAVES

While the words of Jesus were gentle, in contrast, His actions established dominance over the situation.  This unique occurrence is documented perhaps that we might understand that any situation, no matter how threatening, or impossible, is “under the feet” of our God.

All the movies I have seen regarding survival of stormy seas involve a lot of yelling and panic and splashing around.  Even our heroic dad at the lake had a good ten inches of leg under the water.  But Jesus just walked on out there on top of the waves.  Did He get wet at all?  We’ll never know and it doesn’t really matter.

It is significant to point out that Jesus was not looking to assert authority over His people, but rather over the storm.  Relationship is a high priority to God.  In our creation He gave us free will and He is not one to take back that which He has already given.  God absolutely is our authority, but He rules with love.  He saves us because He loves us and 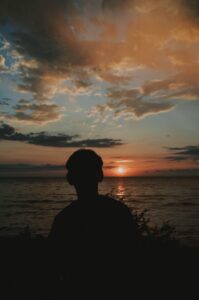 He is looking for us to trust Him with that love.

Trust He sees our storm.

Trust He comes to our aid.

Trust He is not shaming but is proud of our efforts.

Trust He is on top of it all.

FLOATING IN THE INNER TUBE

On my way back from my walk along the reservoir, there were now two siblings floating in their inner tubes, splashing and gleefully playing together as if the whole drama had never occurred.  It felt good.  I felt happy for the small step in conquering fear.  A prayer of thanksgiving was released from my heart.

What areas of your life are you now floating freely where once you were afraid?  Take a moment to be grateful for your Father’s hand in it.  He is present.  He knows you are little.  He’s encouraging you.  He is proud of you.  He loves you. 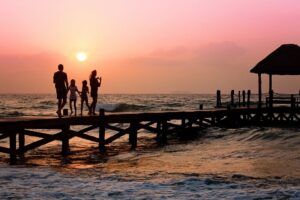 Together, you are conquering fear.

8 thoughts on “God On The Water”