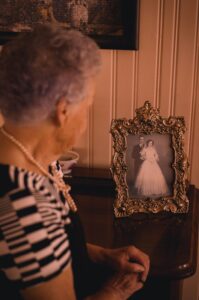 Happy Valentine’s Day to you!  What is greater than celebrating and practicing acts of love?  Love is the very thing we all yearn for and seek more of, yet some people actually resent Valentine’s Day.  Perhaps they have bought into the notion that today is dedicated to couples in love, and if they have no significant other, they are banned to the corner, like an awkward preteen at their first middle school dance.  Well, that’s just nonsense!  Love is for all.

Love for all is the belief that St. Valentine died for.  According to History.com, one recording states that around the year 270 A.D., on February 14th, a priest by the name of Valentine defied the Emperor by secretly continuing to perform marriages after “Claudius the Cruel” had banned all marriages and engagements.   Claudius II declared the decree because he believed that the declining interest in joining the military was due to the men’s’ strong attachment to wives and families.  A strong army was necessary for world domination, therefore something had to change!  When Valentine’s actions were discovered, he was imprisoned, beaten to death and beheaded.  For his service and sacrifice, Valentine was sainted by the Catholic church and a holiday was set on the calendar. 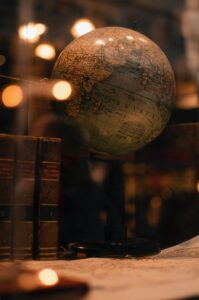 Martyrdom for love is also the story of Christ.  What might just be the most well-known scripture explains this:

“For God so loved the world, that he gave his only Son, that whoever believes in him should not perish but have eternal life.  For God did not send his Son into the world to condemn the world, but in order that the world might be saved through him.” – John 3:16-17

Relationship between God and man is saved through a blood sacrifice.  Jesus chose mankind and the most valuable treasure and for us He died.  That is ultimate love.

The Greeks had the word agape for this type of love.  It is volitional rather than emotional, not motivated by feelings but by something deeper…something righteous…something solid and unchanging.  Its actions are decisions based on value and truth.

St. Valentine made a decision to act against authority because of his belief in the value, and rightness of human relationships, not because he felt in the mood.  I am certain he did not make this move impulsively but carefully weighed the stiff consequences.

Who will stand up for humanity?

God did not need ask himself this question because He already knew the answer.  An omniscient Being knows all.  Front, back and from all sides.  In fact, God’s plan all along …Christ…was to save humanity from evil.  And He did that because God’s identity is the agape love.  The Apostle John told us this in his writings.  The English Standard Version translates this verse (emphasis mine):

“Beloved, let us love one another, for love is from God and whoever loves has been born of God and knows God.  Anyone who does not love does not know God, because God is love.” –1John 4:7-8

It’s important to understand that the translated word love is not the sentimental word, but the deliberate decision word agape in all instances.  God is that solid, righteous, truthful, unchanging and unconditional Entity.  He can’t help it, He is.  And He is asking us, His “Agapetoi” (very dear) to be this kind of deliberate lover too.

So, we have this amazing holiday celebrating Love!  How can we celebrate this Agape kind of Love?  Flowers, chocolates and diamonds don’t really seem to be quite appropriate.  The answer might just lie in the same verse quoted above.  Let us elect to hold others as “very dear,” by doing the right thing by them.  Let us value people as our treasure above all else. 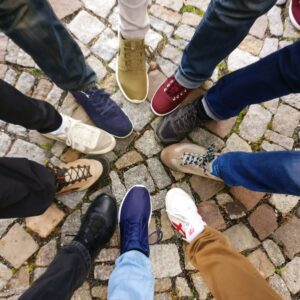 What does it look like to agape one another?  It might mean a swallowing of pride to say, “I’m sorry,” even if you are in the right.  It could be that you need to give up another thing (that you attached to) in proof of your commitment.  You may need to sacrifice your way, your time, your money and, on occasion, your needs so as to show how much you treasure that person.  Parents do this every day for their children thinking nothing of it.  Somehow, however, we forget that we are all children of God, thus turning our backs on “those people.”

Does God think in terms of us and them?  Or is He inclusive of all?

Of course, we know the answer.

Love is for all.

I challenge us all (including me), this Valentine’s Day, to choose the ones in whom you categorize as “that woman!” or “that boss!” or “that *@+$&!” – you know, the ones who raise your irritation – and be Love to them.  Even at the sacrifice of self.

If we refuse to go there, the Apostle John reminds, “[we] will not know God, because God is love.”