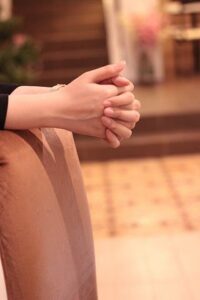 Are you struggling with an issue in your life that you just cannot move beyond?  Is there hurt you have caused you just cannot forgive yourself for?  Do you say to yourself, “It’s no problem forgiving others, but I just cannot seem to forgive myself!”  Friend, I hope that this two-part post sheds light on the issue at hand, that you will see what the nature of the blockage is, and that life free-flowing will be the end result!

Forgiveness is really tough topic to tackle because it’s intertwined with pride, hurt, anger.  It is met with resistance because we often believe forgiveness to mean somebody gets off the hook.  I believe it to be near the top of the list of Christ-like behaviors…and a requirement for believers.  However, forgiving others, is not the question at hand, but whether there is a such thing as “self forgiveness.”

My opinion, in a nutshell, is:

I don’t believe there is such a thing as “self forgiveness.”

Can I tell you why?  There are a couple of factors that lead me to believe that a person cannot forgive themselves.

The first, and most direct point is that there is no biblical precedent for self forgiveness.  The Bible is absolutely loaded with instruction on forgiving others and even more-so overflowing with forgiveness of our sins by God through Jesus Christ, but there is not an example, therein, of a person offering or accepting forgiveness from themselves. 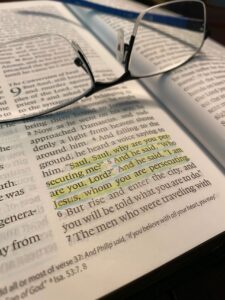 The book of Acts, chapter 9, records the story of a man named Saul who was adamantly opposed to the followers of Christ to the point of putting the believers in prison or having them killed.  Jesus, having already been crucified, risen and returned to the Father in heaven, intersected Saul’s path by calling down to him in a bright light and voice asking, “Why are you persecuting me?” (Acts 9:4).

This christian killer was converted by this miracle experience and went on to be one of the biggest promoters of Jesus Christ.  Saul had a lot to be sorry for!  And according to the book of Romans (written by Saul who’s name changed to Paul), he continued to have a lot to be sorry for.  Look at what he wrote:

I look at Saul (aka the Apostle Paul), as an example of my point, because he did some horrible things, yet never once does he write (and he wrote a hearty portion of the New Testament!) that he was struggling to forgive himself.  Even in the context of the above passage, Paul says he wrestles with the fact that he still sins, but not with forgiveness.

I believe that Paul did not grapple with how he felt about himself because he completely understood the relationship between his sinful actions and Christ’s righteous ones.  It’s his comprehension of what I call an “forgiveness formula” that made it absolutely possible for Paul to go on with a career in spreading the good news.

A formula?  Yes…because that’s how my brain works.

The Forgiveness Formula is: 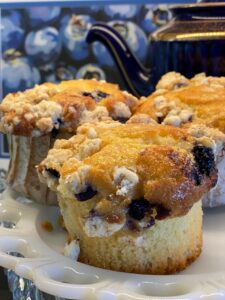 Doing wrong creates a debt.  This debt wounds two individuals, the person who is wronged and God (the One who set the spiritual principles…the Law of Love…on which we are created to live by).  On a worldly and physical level, we are aware of the pain we have caused  others, but we often do not see that we have damaged our relationship with God.  We have hurt relationships, but the act done was for personal, selfish gain.

If I stole your muffin, I gained a muffin and you lost a muffin, right?  I owe you.  I owe you a muffin AND something additional…because trust is now broken between us.

Let’s assume I am sorry and I give back the muffin.  You, the offended, may choose to stay angry at me… because the pain of the broken trust still exists.  You hold on to the debt.

Forgiveness must come from the one who has been hurt!

The pickle about forgiveness is that it is a payment of the debt.  Muffins come and muffins go, but who pays the bill for the broken trust?  Can’t I just work and work until you see how trustworthy I am?

Striving to prove myself worthy is at the center of the original problem and therefore cannot be the solution to the equation.  Why did I steal your muffin?  I believed I deserved it.  I did not trust God’s provision for me was either sufficient or good.  So I rebelled against Him and you. 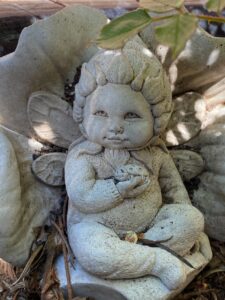 Love, according to 1 Corinthians 13:4, “does not envy” nor “does it insist on its own way.”  I’ve crossed a spiritual barrier…transgressed against God’s Law of Love.  I broke two relationships because I did not believe God.

Does this feel complicated to you?  It’s difficult to write!

I have not yet addressed the guilt and shame piece that is affixed to the belief that we need to “forgive ourselves.”  Why is that feeling there?  Why can’t I feel forgiven?  I’ll address that next week in “Can I Forgive Myself – Part 2.”

There is this third piece to the formula that is key for reconciliation…receiving the gift of debt payment.

One thought on “Can I Forgive Myself? -Part 1”