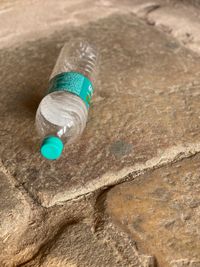 This week my husband and I set off on an adventure in touring parts of Northern India!  It has been a long time since we two have traveled to a foreign culture.  We’ve entered into a new season of life as empty nesters, with retirement in sight, and this trip is the champagne send off!

Landing in Delhi and being shuttled to our hotel, my first impression of this city was its pollution.  It’s so unlike my clean cut, small town, American suburb!  Here, the air is thick with dirt, as are the streets, creating a sepia canvas for the painting of memories.

I’ve spent the majority of my life in places that conceal their ugliness, shuttling the homeless from visibility and growing grass over old landfill.  It’s only been in more recent years that my eyes have been opened to cultures and lifestyles different than my own.  And I believe I am becoming more compassionate with each experience.

It’s a trending pattern, however, this compassion movement in me. And it’s no where near perfection.  Let me share an example of disappointment in myself at the onset of this trip….

At the airport, as my husband and I waited in line with the crowds at Immigration, everyone in our queue became aware of a young woman irritated with her situation.   This girl spoke loudly, using profanity and repeatedly asking other travelers, “Do you have your visa printed?”  Apparently, she had printed her application rather than her approved visa.  I suspected she was fearful of not being allowed into India.

Continuing in a voice loud enough for all, she addressed her male companion with concern about changing the protective paper masks they were wearing. The coronavirus was concerning her too.  She bemoaned lack of a cigarette and alcohol several times as well.

Over and over this woman attempted engaging the individuals around her in conversation.  It felt like desperation, as if she were free falling and was grasping for a hand.  All were polite, none were interested.

I began to wonder whether there was more to her backstory than just anxiety.  Her manic behavior was leading me to think she might have mental health problems or be on drugs.  Or both.

Her anxiety was contagious.  Signs of fear within me emerged.  My mind raced for a cure.  What would I say if she talked to me?   And then the question, “What would Jesus do?”

Without answers, I ignored the woman.

The next thing I knew, she pulled the water bottle out of my backpack and asked to drink some! Horrified and certainly not wishing to share, I tried to dissuade her saying, “Are you really comfortable drinking after a stranger?”

Pulling down her mask she retaliated, “Are you ok with the coronavirus?!!”

Again shocked, I backed down, letting her keep the water. I didn’t believe her to be infected with disease, but I was afraid of her!   I returned to my safe place, ignoring her.

I’m certain that’s NOT how Jesus would have treated this girl.

She drank the water and threw the empty plastic bottle on the floor.  At this point I felt ashamed.  Eyes were on me and eyes were on the girl.  No one spoke.  I didn’t think anyone expected anything of me, but I knew I had not been brave and had let fear win.

In a feeble attempt to look better in front of the spectators, I picked up the bottle and disposed of it.

I did not show the love of Christ.  I behaved in fear.  On the outside mine looked different than that of the ranting woman’s, but it was the same pollution of fear on the inside.  Mine was covert…cleaned up and socially acceptable.

Have you ever fallen short of being the person you want to be?  I sure did!

Some might say I am too hard on myself.  Maybe so, but in my heart I knew there was an opportunity in that moment that I did not take.

The Bible says, ”…we all fall short of God’s glorious standard.  Yet God, in his grace, freely makes us right in his sight. He did this through Christ Jesus when he freed us from the penalty for our sins.  For God presented Jesus as the sacrifice for sin. People are made right with God when they believe that Jesus sacrificed his life, shedding his blood.” (Romans 3:23-25 NLT-emphasis mine)

The whole crowd of us fell short in that airport.  No one met God’s glorious standard of love and right-doing that day.  No one loved the person who so desperately sought it.  Therefore, I’m very relieved that God offers grace!  He’s not shaking His head at me saying, “Well, Sharon, that was your moment and you blew it!”

By accepting what Jesus did for me (for you too!) in offering himself on the cross, I am made right in His sight.  I don’t have to replay that scene over and over in my head, kicking myself for imperfection.  Aka-shame.

What now?  It’s my goal to behave proactively when I have encounters like this one.  WhenI know someone to be afraid, I need to be secure in the power of God’s love and engage them in conversation.  Perhaps quelling the infectious fear.

Why have I taken the time to tell you this story?  Because fear gets in the way of living untethered.  The world is a beautiful place filled with wonderful yet pain-filled people.  If we can see the fear, we can address it.  We can love on it.  What fears are holding you down?

And, by the way, first impressions aren’t everything.  Delhi is quite beautiful and vibrant once you get to know her!