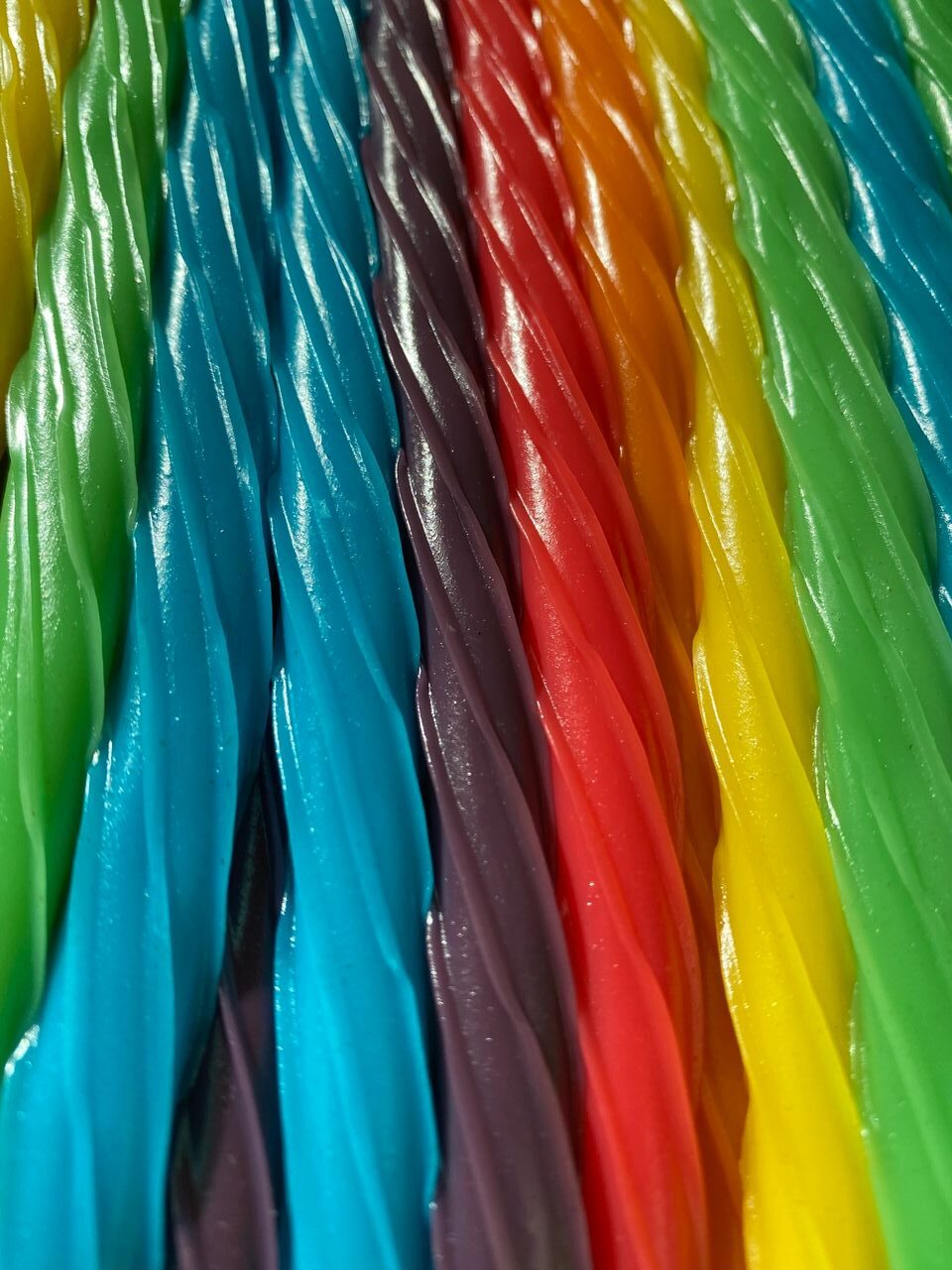 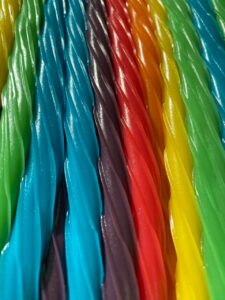 Remember the 1971 film Willie Wonka and the Chocolate Factory?

I grew up watching Gene Wilder play Willie Wonka.  I remember the once-a-year showing on our twenty-four inch tv.  Mom gave us kids the privilege of choosing a favorite chocolate bar from the neighborhood Thrifty to consume during the show.  I always chose the Marathon bar, a long caramel braid covered in milk chocolate.  This was my choice because I thought it would take longer to eat, but with sugar I tend to shovel rather than savor…call me Augustus Gloop.

I’ve not yet read the book Charlie and the Chocolate Factory by Roald Dahl, which two major movies have been derived.  I am a huge fan of Gene Wilder, so between his Willie Wonka rendition and the 2005 Film, Charlie and the Chocolate Factory starring Johnny Depp, I am biased toward the first one.  Or could it be that my bias is due to the Marathon bar sugar high?  Actually, I can’t help but prefer the more endearing “Willie” character in the original movie.

Do I have a point?  I bet you’re wondering what on earth I am talking about!

There are several things in this 1971 movie musical that inspired my thinking about how I choose to live.  I appreciate a good metaphor…and need all the inspiration I can get!

Willie Wonka and the Chocolate Factory tells the story of a handful of children who each find a golden ticket…entry into the magical chocolate factory created by Willie Wonka.

This movie depicts a dichotomy of lifestyles of the broken-hearted.  There is a drastic difference between life within the Factory, depicted as a refuge of wonder, vivid color and endless sugary-goodness, and the rest of the world, a grungy, greedy “cabbage soup” of a place.

Willie Wonka himself is divided between having hope in the kindness of others and a long-suffering disappointment in people.  Locked behind gates and away from those who have stolen and back-stabbed, Wonka creates an environment that produces amazing confections.. that ultimately bless the entire world.

It’s these chocolate “Wonka-bars” that give a poverty-stricken boy like Charlie Bucket, a taste of something better in life than his current existence.  And the golden ticket gives him something bigger to believe in. 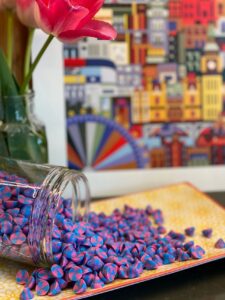 Once invited into Wonka’s sanctuary, we see the ugly nature of each child unfold.  Gluttony, Greed, Fame, Pride and Self-Pity show up to check out this mysterious “Candy Man,” who has promised a great reward.  All five children show dissatisfaction in what they have.

We can all relate to yearning for a life that is better than the lot we got.  Despite the fact that I haven’t walked in your shoes and you haven’t walked in mine, it doesn’t take much looking to see that there is plenty of pain going around.  Dissatisfaction is our normal.

When my Grandfather was nearing the end of his life, he talked about being done with this life…weary of the pain, and being ready for heaven.  I couldn’t argue.

Maybe you feel that way sometimes.

I don’t think it’s wrong to feel that way…I think it might be very right.  Dissatisfaction with a pain-filled world can be symptom of the hope we have in eternal life in Christ…if we let it.

“And I heard a loud voice from the throne saying, ‘Behold, the dwelling place of God is with man.  He will dwell with them, and they will be his people, and God himself will be with them as their God.  He will wipe away every tear from their eyes, and death shall be no more, neither shall there be mourning, nor crying, nor pain anymore, for the former things have passed away.'”  – Revelation 21:3-4

We all hope for this promised paradise!

Life without hurt and fear and anger and weariness.  It sounds scrumpdiddlyupmtious!

How do we get there when each of us come as greedy, gluttonous, prideful, popularity-seekers who feel sorry for ourselves in our circumstances?  We even use these horrible characteristics as tools to get us inside the gate…clamoring over others as if there’s not enough to sugar to go around!

I once took the list of Ten Commandments and noted, not if I had broken a law, but when I had broken it!  I’m guilty of more sin than I can stand.  Frankly, I don’t like thinking about it and certainly not talking about it!  I’ve worked very hard at creating a Charlie Bucket image…not so bad as the other kids.  I don’t put myhands in the chocolate river!

“For while we were still weak, at the right time Christ died for the ungodly.  Fore one will scarcely die for a righteous person–though perhaps for a good person one would dare even to die–but God shows his love for us in that while we were still sinners, Christ died for us.  Since, therefore, we have now been justified by his blood, much more shall we be saved by him from the wrath of God.  For if while we were enemies we were reconciled to God by the death of his Son, much more, now that we are reconciled, shall we be saved by his life.”  Romans 5:8-10 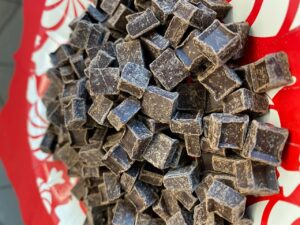 Have joy because the golden ticket is REAL!  And it isn’t limited to the lucky five.  There are enough tickets for all!  I have hope in something better, not because I’m a goodie, but because God’s love is so big He printed tickets for everyone!

I fear I might be dangerously close to crossing a line with my metaphors.  I do not suggest that the factory is like heaven nor would I say Willie Wonka is like God.

No.  Not going there. 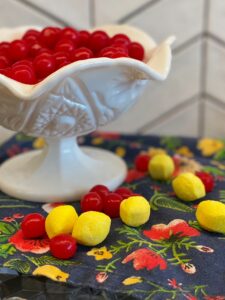 However, I think worthy of mentioning, Willie Wonka’s character was a product of suffering.  Disappointment.  Hurt.  Isolation.  While it is true that he created quite a business empire in isolation, we are not meant to do life alone.

It may be necessary to establish healthy boundaries to keep our hearts focused on truth.  Willie did not quit living in joy.  He decided to stop leaving himself open to theft, established community with safe individuals (Oompa Loompas!), and continued inventing pleasurable things he intended to share.  In doing so, he succeeded in making the world a sweeter place to be.

How we live is a choice.  While we wait for the day when there are no more tears, or while we sit in forced isolation, we can choose to live out God’s Kingdom by taking what we are passionate about and sharing it.  Not for the sake of creating an empire, but for the sake of joy.

For the sake of a smile.

For making a cabbage water world a little more like a chocolate oasis. 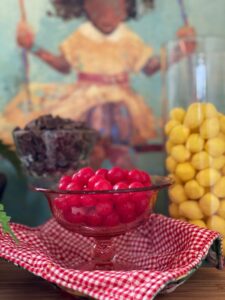 The song Wonka sings, as his guests explore his Chocolate Room, is called “Pure Imagination.”  And one line of lyric says, “Want to change the world, there is nothing to it.”

Recently, a friend posted on Facebook a virtual tour of the flowers in her yard.  It made me smile.  In Live Post, I listened to musicians play from the isolation of their living room.  It changed the atmosphere in my living room!   I cherish the way they used some imagination to share what they love!

Now is the perfect time to use our imaginations, our passions and our hope to change our atmosphere!  Do not fear that there is not enough good in this world.  Let’s BE the good we long for!  Let’s steal a little Wonka-vision and be creators of a place that is really sweet!